Blame it on irresponsible influencers or out-of-control bachelor/ette parties. But some of Europe’s most beloved destinations are cracking down on masses of visitors whose actions are changing the local atmosphere – for the worse.
Authorities in these favorite European destinations are setting new rules for what they see as tourists behaving badly.Don’t be that guy.You’re not that guy… are you?
By: Lynn Elmhirst, Producer/ Host BestTrip TV

Venice has been one of the original poster children for what we now call ‘over-tourism.’Too many people visiting, pushing locals further and further away from town, and hollowing out the very local culture visitors are seeking. That’s even when they’re well-behaved.
While tourist numbers haven’t yet returned to ‘normal,’ the tourist comeback in Venice this year is seeing the return of some tourists displaying disrespectful, unruly behavior – and that’s put city officials over the edge. They’re implementing some never-before seen restrictions on visitors to Italy’s ‘Floating City.’ 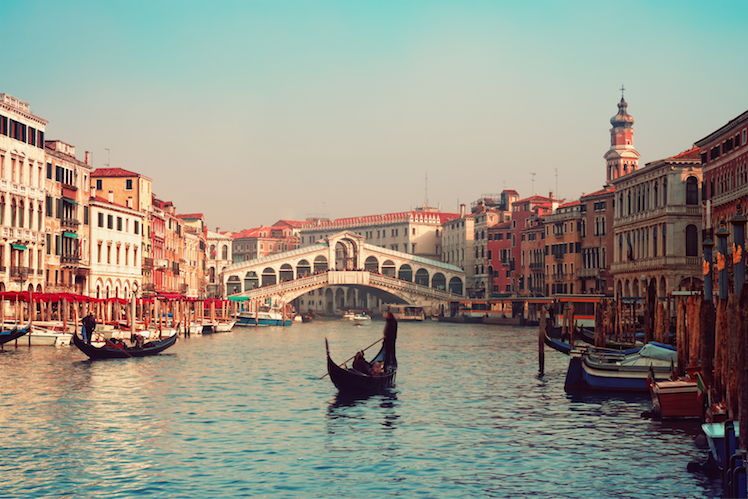 Recent months have seen tourists skinny dipping in the city’s UNESCO-preserved canals and vandalizing iconic churches. In May, a portion of the façade of the Redentore church was defaced with pink graffiti. Another church, Sant'Antonin, was graffiti’ed a few days earlier. That same month, two tourists were seen diving naked in the canal within the residential district of Castello. Shocked locals observed them swimming for around five minutes in the water, where nearby houses drain their sewage.
Venice talked about restricting visitors even before the pandemic. And now, they will soon begin to implement measures to limit the numbers of visitors. Beginning in January, 2023, day visitors to Venice will have to pay to enter the city. It makes Venice the first city in the world to require an entrance fee.
Taking its cues from Uber, the new ticketing system to enter Venice incorporates ‘surge’ pricing, with the fee ranging from 3 to 10 euros based on the current level of demand - the more requests for entry, the higher the cost.
An online portal to buy entry tickets will be unveiled in the fall. Tourists who stay in a hotel in Venice are exempt from the fee as they pay a tourist tax for their accommodations.

Another epic Italian destination on the legendary Amalfi Coast (pictured, top) is putting its foot down with some tourists, too. Sorrento’s colorful oceanfront, cliffside buildings, and lemon groves are a favorite with photographers and Instagrammers.
But the destination wants to keep up local standards. It’s instituted a 500 euro fine for women walking around town in a bikini, or men going shirtless – off the beach, calling lack of covering up while in town ‘indecorous’ and contrary to ‘civilized cohabitation.’

As a resurgence of tourism to the Costa del Sol, Ibiza, Malaga, and Mallorca has seen a return of too many tourists behaving badly, Spain is attempting to not just maintain local standards – there’s been a move by some of its most famous coastal and island destinations to clean up their image.
One media report says that “Spain's tourist industry is trying to shed its reputation as the party capital of Europe.'
That apparently includes peeing in the sea, which comes with fines of hundreds of euro if caught relieving oneself off the pier. Posters around beaches publicizing the new law show a line across a figure of a man urinating off a dock into the water.

(The island of Ibiza)
Laws already went into effect in Majorca and Ibiza limiting guests at all-inclusive resorts to 6 drinks a day, which honestly seems like more than enough. Similarly, they’re putting restrictions on the hours alcohol can be sold, banning pub crawls, happy hours and other promotions that emphasize heavy drinking in defiance of the local lifestyle of quiet, relaxed drinks with friends at outdoor cafes.
Other new laws also tackle more dangerous and ‘anti-social’ habits. Some are easy to support - and frankly, should go without saying. Shame on any tourist who uses soap in the sea or litters!
And we can also get behind forbidding selfish or dangerous behaviour like BBQ's on the beach, hogging space with a towel, or playing ball or bat games. Some tourism areas are also cracking down on noise levels in ‘tourist’ areas.
Other new legal measures are clearly more about keeping it classy. Like Sorrento in Italy, some coastal communities require visitors to cover up. Women wearing bikinis walking around on the streets will be fined, as will men without shirts once they leave the beach.
The Costa del Sol is banning ‘obscene’ costumes and props popular for bachelorette parties. And on Mallorca, a new dress code has banned swimwear off the beach as well as “boob tube” strapless tops.

So what’s a responsible tourist like me to do?

Rely on the old saying “When in Rome…” and show your respect for communities who are sharing their destination with you by following their lead when it comes to clothing, manners and overall human decency.
Plus, talk to your expert travel advisor about visiting some of these iconic destinations in ‘shoulder’ season, when there are fewer people visiting. You’ll avoid being part of the overcrowding problem, and you’ll likely find a warmer welcome from the locals, too.

Luxury British cruise line Cunard has launched its 'Treat Yourself, On Us' offer including onboard credit...

From cultural giants like George Lucas and Bob Dylan, to New York’s Broadway or America's mountain peaks, to milestones in Latino and African American heritage – not to mention spellbinding...